Justyn McGrigor pleads the case for foodservice professionals to look past the sting to the tasty treats this prickly plant can deliver.

The poor common nettle suffers from the negative connotations of its moniker 'the stinging nettle' and has been overlooked in the recent foraging craze.

The name is not without justification. While not all the varieties sting, those that do manage to cause pain when they come into contact with the skin due to their interesting ability to interfere with the body’s transmission of pain signals.

The miniscule, hollow hairs on the leaves inject itchy histamines on contact, which is why gloves are essential when handling uncooked nettles. Once nettles are cooked, they are fine to handle and sting-free, so nothing will interfere with your plating and eating of this green treat.

Like its namesake – the pop star Sting – this herbaceous shrub is a little bit tantric and seems to have been around forever. Longevity may be an illusion for the pop star, but it is certainly true for the nettle.

Nettles have been seen as useful, sometimes medicinal, for thousands of years: “In ancient Egypt, reports are found of the use of nettle infusion for the relief of arthritis and lumbago pains. A standard practice of flogging oneself with the fresh nettle plant, called urtification, was prescribed to treat such illnesses as chronic rheumatism, lethargy, coma, paralysis and even typhus, and cholera.” (Dr Christopher’s Herbal Legacy, http://umm.edu/health/medical/altmed/herb/stinging-nettle) In medieval Europe, the nettle was seen as as a diuretic and used to treat joint pain.

But let's talk food – as a culinary ingredient, nettles are used in tea, are very popular as a base for soups, and can appear in pastas and sauces including pesto. They can simply be steamed as a green side dish or used in a frittata or risotto to good effect. It may be hard to believe, but I have also heard of nettles being used to make beer.

The taste of cooked nettle is similar to that of spinach, with a hint of cucumber skin. Think of them as the prickly, versatile cousin of the spinach and use them in a similar way: for example, the nettle works well as a substitute for spinach in the traditional Greek dish spanakopita.

Nettles grow pretty much everywhere in the world – a global citizen – but they don’t like the heat. In Australia, they are at their very best during autumn and winter and, as long as the heat holds back, at the beginning of spring. When the weather warms up in mid-spring, these shrubs go to seed and your nettle noshing opportunities are over.

If you fancy a little foraging, you’ll find nettles around parks and footpaths. Otherwise you can purchase them at your local providore or greengrocer, especially at this time of the year when they are plentiful. The cost of a bunch is not going to break the bank – expect to pay around $2.50.

Back in your kitchen, make your nettles last longer by wrapping them in damp kitchen paper or a tea towel that allows them to breathe. Just ensure you have your handy gloves on to avoid those painful prickles and you will be well rewarded. 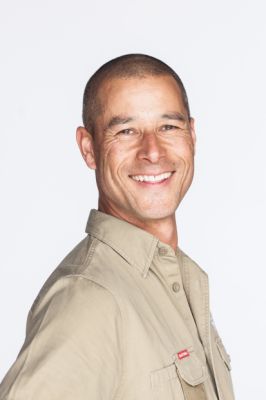